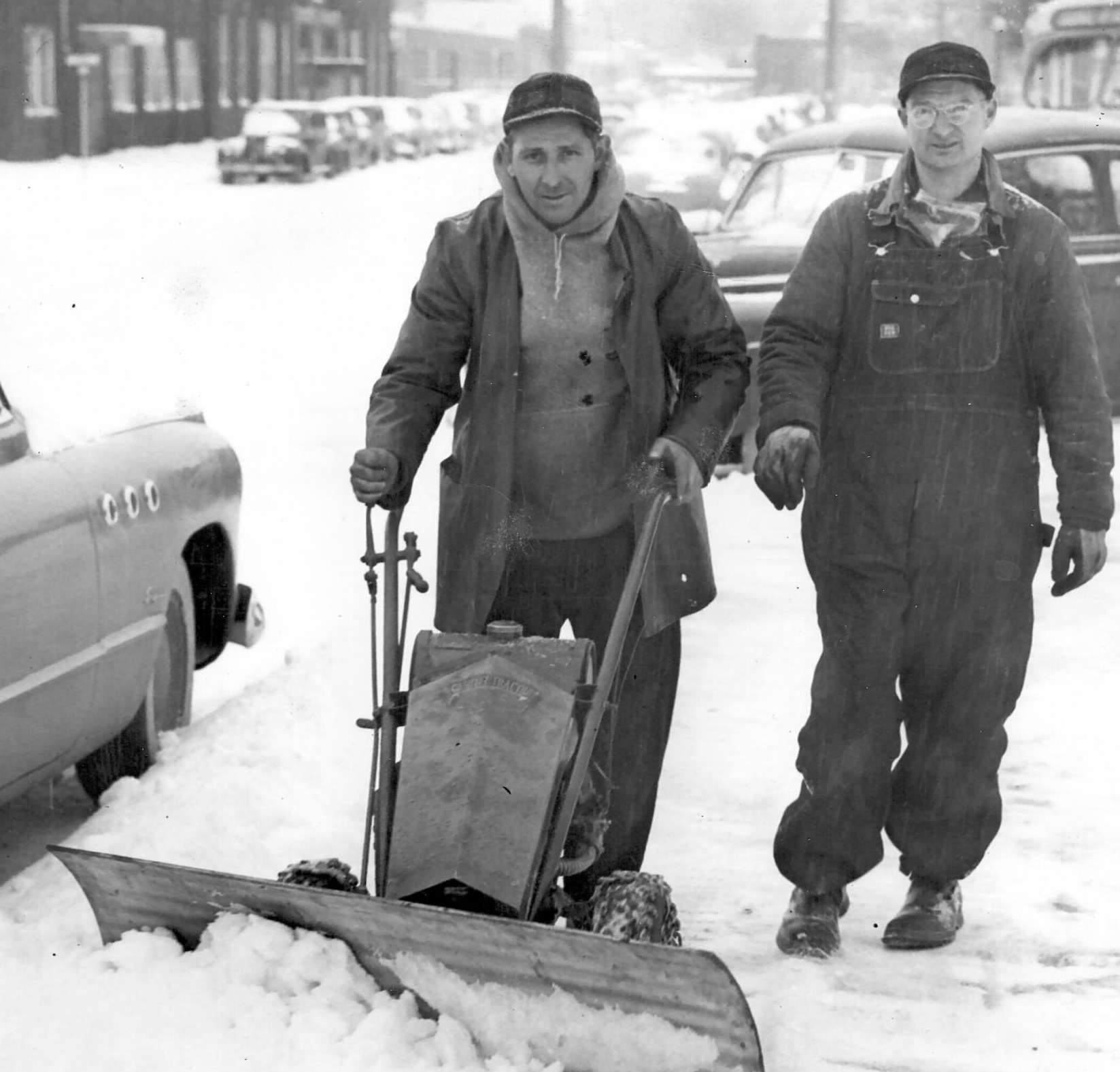 My father was the second oldest of 7 sons. While the others were able to serve in World War II in locations through out Europe, he was not able to go. Having lost a thumb in a bottle washing machine accident at the age of 15, he was assigned to the Civil Conservation Corp (CCC) which worked on environmental projects here in the states. His "disability" never stopped him from doing whatever he wanted to do. For more than 40 years he worked on the Pennsylvania Railroad as a large machine operator, helping build, repair, and maintain the lines from Harrisburg to Philadelphia. He built our house, went hunting, cut and sold firewood. He was a hard worker and set an example for many kids in our neighborhood. Here he is plowing snow at the train station in Lancaster.